The U.S. dollar was marginally lower in early European trade Monday, consolidating after hitting a two-week high against its major peers overnight amid growing fears about a second wave of coronavirus infections.

As countries around the world gradually ease restrictions in an effort to restart their economies, investors are becoming anxious about a second wave of infections.

The central Chinese city of Wuhan, where the pandemic originated, reported five new cases on Monday, its first new cases since its lockdown was lifted, while South Korea, the Asian poster child on how to deal with the virus, has had to combat a new spike in cases.

In Europe, Germany’s Robert Koch Institute reported that the “reproduction rate” – the number of people each person infected with the coronavirus goes on to infect – had risen to 1.1. Any rate above 1 means the virus is spreading exponentially.

The greenback was also buoyed by a steepening U.S. yield curve, as Federal Reserve officials talked down the prospect of negative rates – St. Louis Fed President James Bullard said Monday that negative rates stateside would be “problematic.” His counterparts from Atlanta and Chicago, Raphael Bostic and Charles Evans, were similarly dismissive.

Two more more Fed speakers are scheduled to talk late Tuesday – Philadelphia’s Patrick Harker and Cleveland’s Loretta Mester – and they are likely to weigh in on the issue..

One of the biggest losing currencies Tuesday was the Australian dollar, giving up its recent gains after China suspended meat imports from four Australian abattoirs, fueling concerns that escalating tensions between the two nations are damaging Australia’s most important trading relationship.

“We are hard pressed to see a strong case to buy the reflationary currencies just yet; on a short-term view,” said analysts at Danske Bank, in a research note.

Russia- Ukraine crisis: Rescue plans & a look at past evacuations 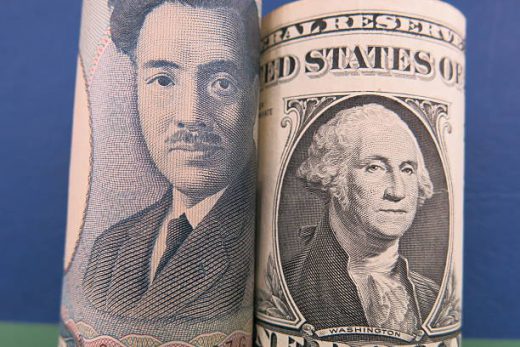